Entry into the Bright College of Altdorf is reserved to the limited few who, through connections or extraordinary luck, are granted a place within. The unlucky majority are usually hunted down and dispatched by traveling Witch Hunters for the crime of hedge wizardry. It is a fate that Felicia Garret, the Lightwarden, all too narrowly escaped.

The exact details of her infraction remain unclear but rumors paint a chilling portrait of an apprentice forced to call down the flames upon a Magister that had become corrupted by Chaos. What is known is that in her third year at the Bright College the bulk of the Bright Council was called to extinguish a conjuration of Spreading Flames so powerful that an entire College wing was reduced to slag. Within a matter of days Felicia was passed into journeyman status and assigned to the regiment of Order forces farthest from the Empire and (coincidentally) the Bright College itself.

Since then Felicia has remained on the battlefield. What she lacks in control she more than makes up for in brute force. All of her attacks have the potential to spread to nearby enemies which makes close quarter combat something of a specialty of hers.

Felicia's use of incendiary spells is an effective, if flashy, application of power, and one which guarantees her inclusion in any Witch Hunter list of questionable characters. Indeed it was her Rain of Fire which was responsible for the destruction of a mob of rampaging Beastmen ... as well as her own warcamp. That it hadn't rained in weeks and strong winds were responsible for the majority of the damage had no impact on the decision to investigate. In very short order a Witch Hunter was on hand to ascertain the extend of Felicia's control - over both herself and her magic.

It was lucky for all involved that the Witch Hunter who arrived was experienced in matters of subversion and daemonic possession - one Sonia Roth. After examining both Felicia and the charred remains of the slain Beastmen. Sonia reported back to Altdorf: Felicia was neither insane nor in danger to succumbing to the powers of Chaos. The destruction of the warcamp was not something that could have been foreseen and prevented. Nevertheless, it was determined that a Witch Hunter should keep an eye on Felicia ... just in case. 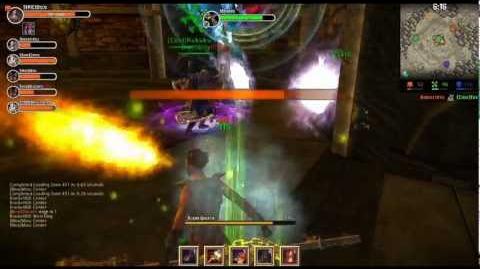 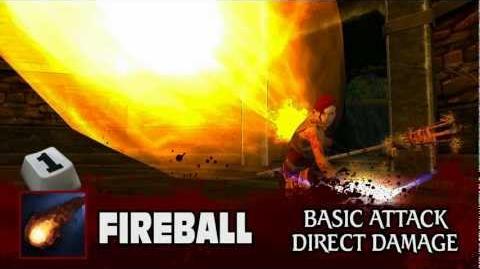